I really like false lashes; I don’t know many people that don’t. They make your eyes look so much more attractive. As much as I love wearing them, I am pretty picky about them. And when I go a while without wearing them, I am less of an expert at applying them. I don’t like it when the band is super thick and I don’t like them with too much volume… 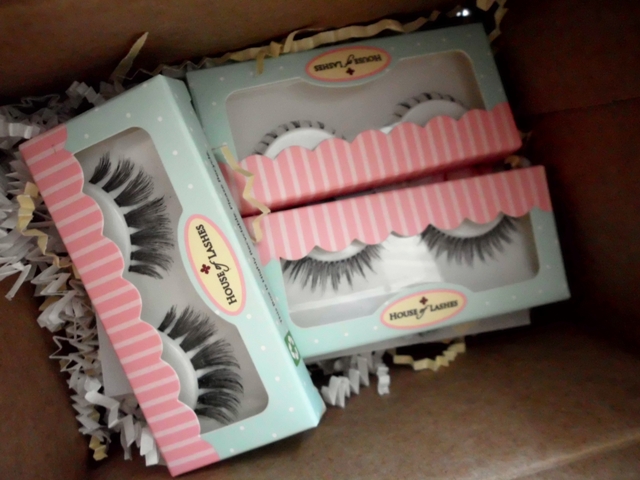 The lashes are beautiful and lightweight. I love the nearly invisible band. To apply, I just used the Duo black eyelash glue. Overall, the lashes are gorgeous. I usually stick with the Ardell and Andrea lashes so it’s nice when new things come on the market. I think the higher price point is justified because of the uniqueness of some of the lashes; House of Lashes did a good job with marketing, packaging, and giving off a sense of a luxury product. My only qualm with the lashes is that I feel like they are too long. I have been told they aren’t by people giving me massive compliments on them when I wear them, I’m just not used to having them so long. That is definitely made up for in how natural they look (especially in pictures). Also,  I did have to cut a bit from them because they were too long for my eyelid, but I have to do that will all my lashes. I’m a fan of House of Lashes!