I had this great idea that I wanted to stay blonde all summer and maybe into the fall. The blonde synthetic wig (Evlyn) I’ve been wearing is on its last leg; I have already had to cut the ends off because it got all rough and started aggravating my skin. Now those ends are getting rough and it’s just time to retire it. Synthetic wigs are beautiful, but they certainly have their drawbacks.

I decided that I would just go ahead and dye a wig that I had but instead of a proper ombre, I wanted to do a bayalage. Well, I totally underestimated how much bleach I would need for it and ran out about halfway through; you will see that in the before photos below. I ordered a huge bucket of bleach on Amazon the following day and got to work. I knew I would need a toner to take the brassiness out of the bleach and decided on the Schwarzkopf Blond Me Toner in Ice. 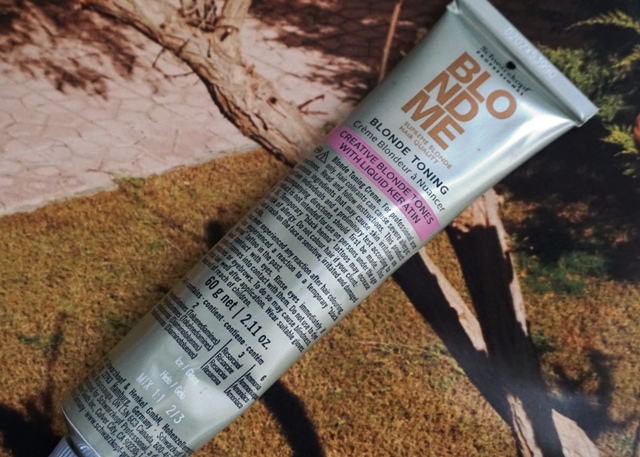 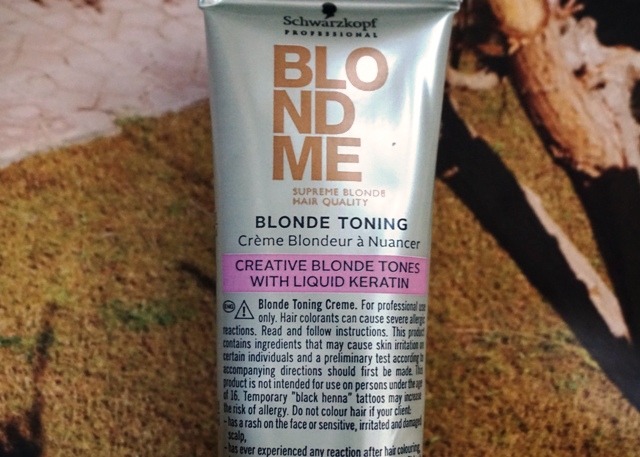 Wigs are amazing. When you screw up and end up botching the entire thing, it’s ok because it’s not your own hair; the only thing you lose is money. This process was a really good one for me, although it was unfortunate. But this wig was old enough for me to practice this kind of thing on, so win, win, win.

First, I mixed the bleach with 40 developer and applied it to the wig with a brush; this was likely my first mistake. I will use 30 developer next time as I took way too long applying the bleach.

Next, I left the bleach on the wig for around 40 minutes; this was my second mistake. I knew when I wasn’t even done applying the bleach to the wig that I needed to remove it. The foil was so hot and I wasn’t even halfway done! I have bleached my wigs many times before, but this time was different because it was my first attempt at balayange and I was moving way too slow. Can’t be too hard on myself as it was my first time.

My last and final mistake was not wearing gloves… I know, what a noob mistake! My flawed logic here was sometimes I perm my hair without gloves and its fine. I had no idea that your actual hands get damaged if you bleach with no gloves. I mean like burning and caustic residue forming on your hands. I won’t be doing THAT again. I did, however, learn how to remove burning ass bleach from my hands, so all’s well that ends well, right? Because I had a hard time finding an immediate solution to this, I will be creating a post about it!

In the end, I ended up finding out what “frying your hair” really means. Several years ago, I used a box dye to try and put highlights in my real, relaxed hair and ended up having to get it cut (sob) because it turned orange and started breaking off so badly. This time, was much, much, much worse. As I was washing out the bleach, the hair just started melting away. I was left with a disgusting melty mess (it was really gross; think Arnold in Terminator 2 going into the pit of acid at the end). After blow drying, I was forced to cut several inches off the wig. Before and after photos are shown below.

As you can see, the bleach job from before left the colored portion of the hair really brassy.

While I’m bummed that I ended up destroying the wig, I can’t help but notice that as far as the color, it wasn’t bad and I really liked it! The wig was in pretty bad shape already (a balding, shedding mess) so it was no real loss. The texture of the silky, straight wig had changed also. In the end, I’d say this was a really good learning experience. Stay tuned for my post on removing bleach from your hands.