I do know better than this… but I managed to get myself sunburned.

On top of that, I recently moved to a new apartment where the dry air (and electric static) is out of control. So, to remedy that, I first bought an aesthetically pleasing humidifier, which is working quite well for the static electricity and humidity levels in the house. My face, however, has never been so thirsty. I mean, I woke up to a chin that looked like I had been eating chalk and felt like a desert. I decided it was a good day to do a nice skincare routine.

After spending about 20 minutes in the shower and cleansing my face with Good Molecules Rosewater Daily Cleansing Gel, I put some Peach and Lily Good Acids Toner on my face, quickly followed by I Dew Care Say You Dew Moisturizing Vitamin C Gel + Cream.

I like to layer things on my face before using a sheet mask and for extra hydration, I used a sheet mask from The Oozoo, a Face-In Shot Mask that allows you to inject serum into the mask and its essence before putting it on. The process was fairly easy and straightforward, as it came with a syringe and a section in the mask to inject the liquid. I used the blue version called Hydro Lift. The one pictured is called Nutrient, which I’ve used before and is great; I actually like it better than the Hydro Lift. 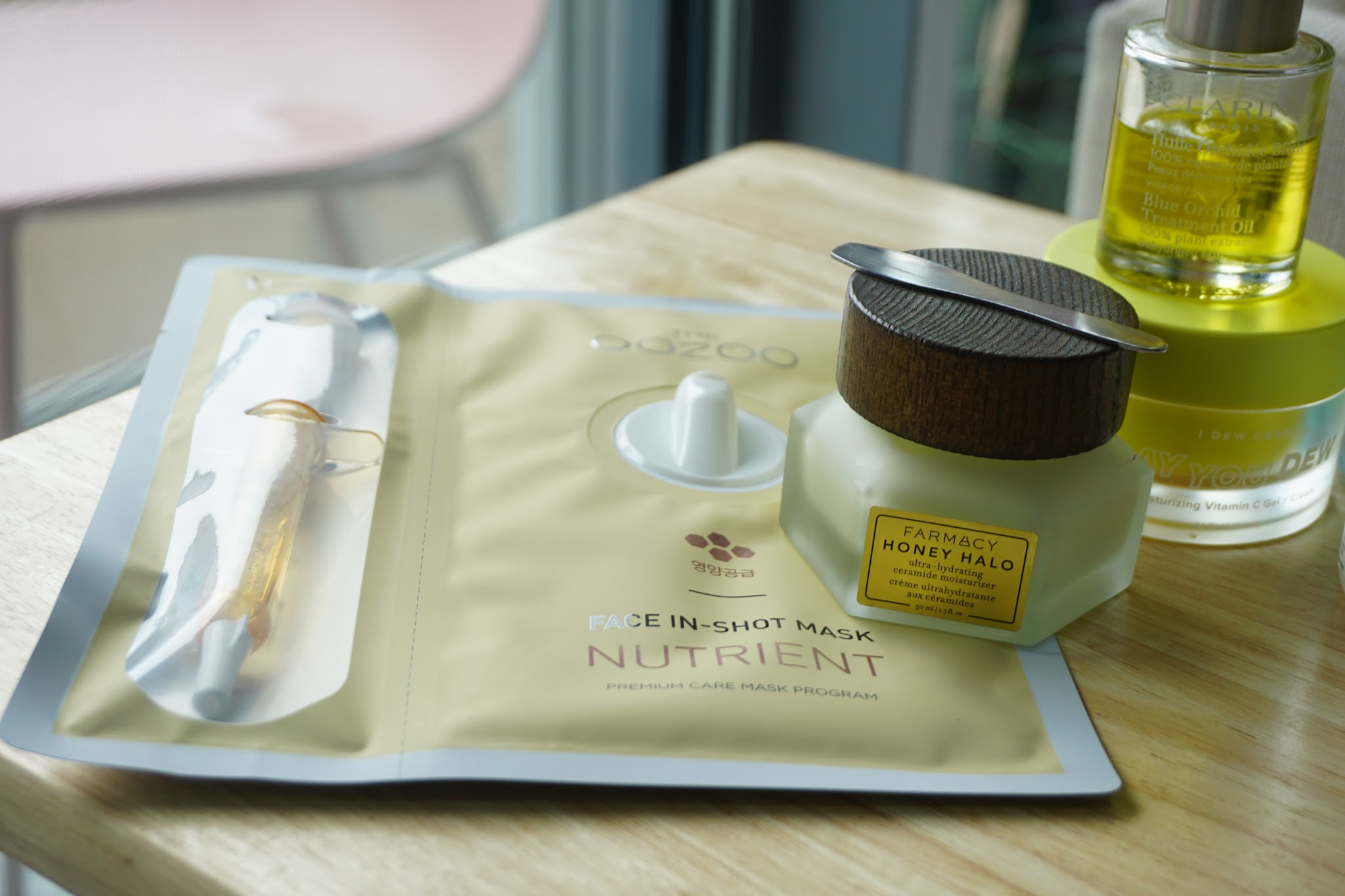 Twenty minutes later, I removed the mask and followed up with Farmacy Honey Halo Ultra-Hydrating Ceramide Moisturizer (high joy alert!). So very moisturizing and I could have stopped here but decided to lock it in and pump up the moisture volume with a facial oil. I have been using the Blue Orchid Treatment Oil from Clarins. Before applying the oil, I applied Mario Badescu Neck Cream all over my neck and décolletage (smoother than a baby’s bottom). One full pipette of the Clarins oil was enough for both my face and neck. I also put a bit on my lips, but I would caution to keep away from the eyes. It can really linger all day if you put it on your eyelids. I massaged it in for about two minutes before deciding to move on with the rest of my day.