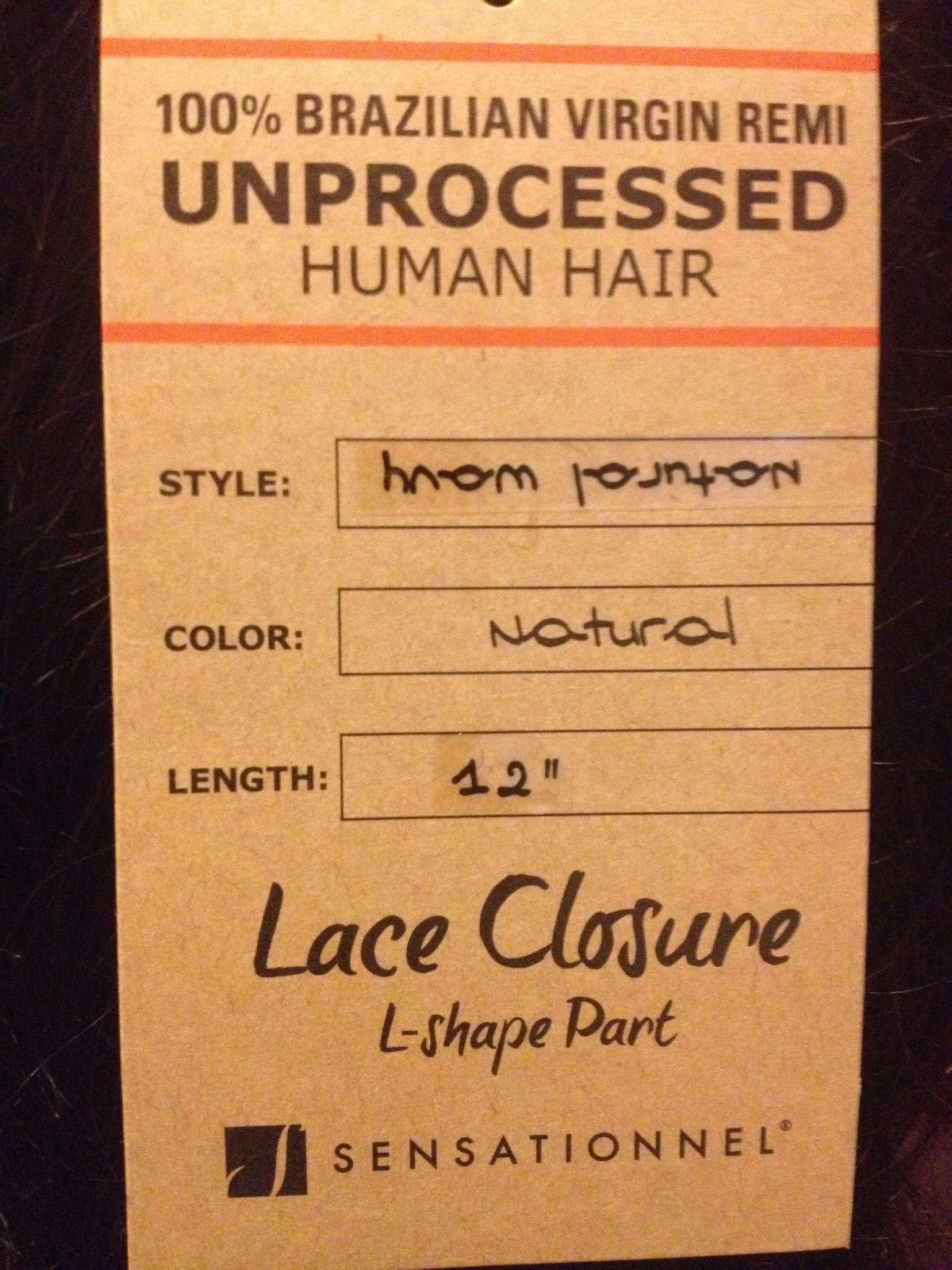 Yes… it came with the natural wavy part upside down like that! So the u-part wig I used was one I had made last year. I wore it for a long time and decided that instead of throwing it out, I might as well get as much use out of it as I can! So I purchased one pack of hair from my local beauty supply store. It happened to be from the Janet Collection Brazilian Bombshell Natural Weave in 18-20 inches, Natural Black. 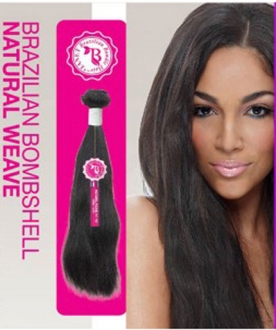 I mixed this hair in with the u-part wig I had previously created with hair I ordered from Aliexpress. I then sewed the closure on the u-part wig, which was actually harder than it looks. I watched 3 or 4 youtube videos on how to sew a closure onto a u-part wig and I thought– ah, piece of cake. No. Not a piece of cake! Also I sewed this hair in weeks before I sewed in this closure. Now I did have some shedding. I cannot in good faith say it was the Janet hair (even though I know it was) because it was mixed in with the other hair. BUT I had been wearing that wig  without the Janet hair since last August and there was NO SHEDDING. Soooooo you be the judge!

So the closure was a lot lighter than the u-part wig, as I had dyed it long before (jet black). So after sewing the closure on to the wig, I dyed it with some semi-permanent hair color I had from Manic in the color Raven. I left it on for 35-40 minutes. I thought it would have come out darker but it is very much blendable with the wig now. BTW I purchased the closure from Hairsisters. It was $35.99

When all is said and done I can say that I am satisfied with the overall outcome. As far as the closure ITSELF, not so much. But it doesn’t have anything to do with the closure itself. I could have made this closure look a bit more realistic by tweezing and such, but after 3 HOURS, I just could not! I had HAD IT with this hair! All I wanted to do was get it on my head and go to bed. I ended up blowdrying it which turned out fine. I did wash it with shampoo and conditioner, then put some more conditioner on it and put it in a plastic bag and put it in the microwave for a minute and a half. It was so soft when I was washing it out. After blowdrying, I commenced with the sewing. I had already braided my hair… I suggest getting bulk hair. My hair was relaxed last month and it somewhat straight, although my edges have started to curl up again.

Sewing the actual closure onto my hair was also very hard. I literally had to sew it onto my actual hair to get it to lay flat. I think this will take a lot of practice– practice I am not too sure I am willing to give in to. I may as well by a wig for all this and just sew it down like I used to… Its the same thing anyway! I reckon with u-parts you just have the option of using whatever hair you want.

Needless to say I do not think I will be doing THAT again. A girl did ask me about it this morning and said it looked good. I gave her my honest opinion and just told her it was way too much work for me, but it was however the first time I tried it. Maybe I will try again in 6 months lol.

As you can see, I ended up taking a bit of my hair out in the front. As tight as I sewed it, somehow it managed to slide back (?)… maybe. I can at least cover up that line of demarcation with some kind of edge tamer. Either way I STILL LOOK GOOD, and I am satisfied with the outcome.

I hope this was helpful!