Yep. You saw that right. Bikini waxing. Well!! How do you remove hair??!!

Just as a disclosure, I am writing this post based on my own personal experience. I am not a waxing expert or an esthetician so proceed with caution.

I have been waxing for years now. After the first three years of going to the salon every month and paying $50 + tip, I figured, I should learn how to do this myself! So I did, but it took some real time. And by time, I mean about a year. I really had to figure out what I wanted to use. For years, I had been going to the salon in which they used the hard wax. I went through waxing strips, Nair, hard wax, traditional wax with cloth and paper strips, and even shaved once after waxing (huge mistake in which I will explain later). In the end I came across Moom, an organic hair removal sugar wax, and I haven’t been disappointed. 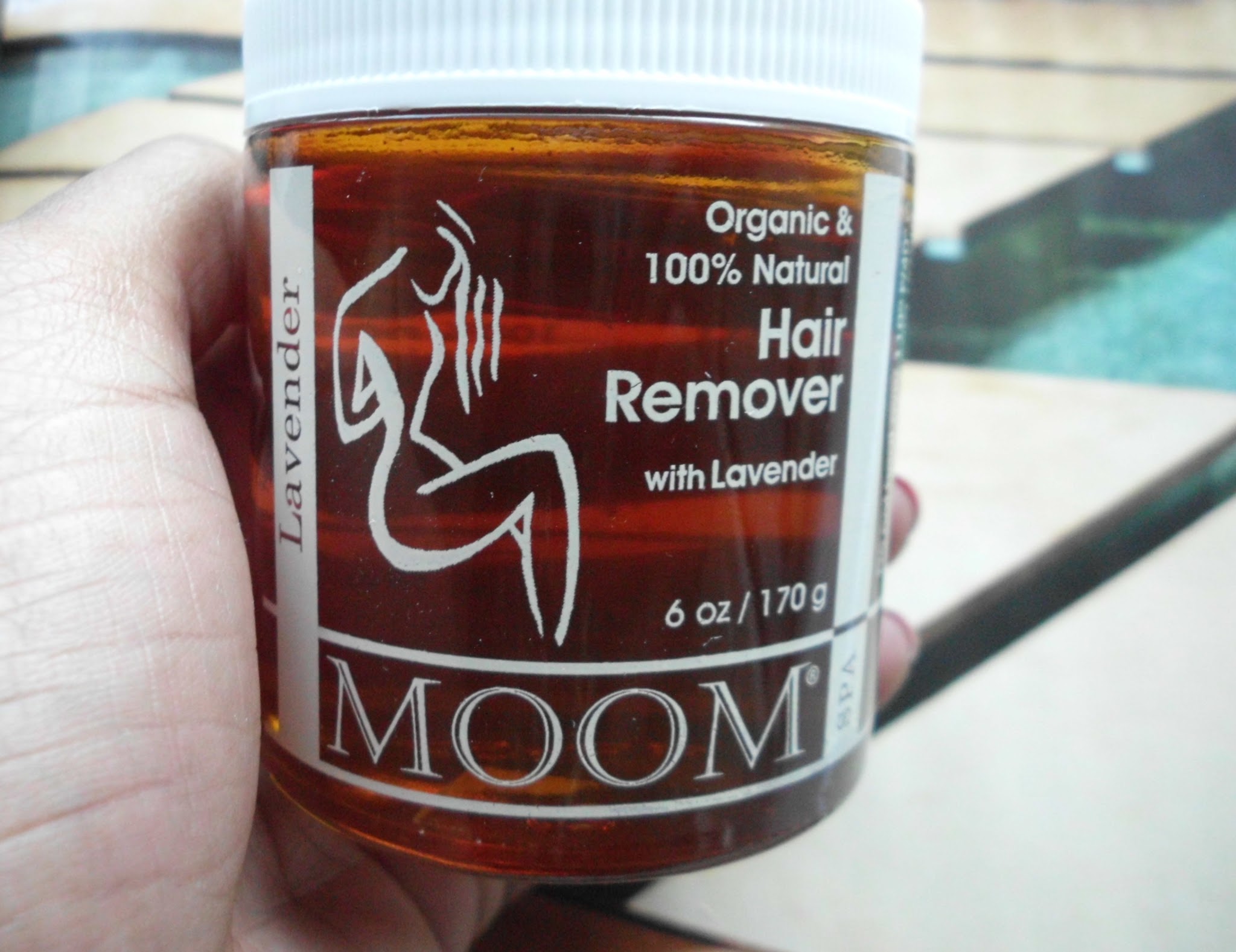 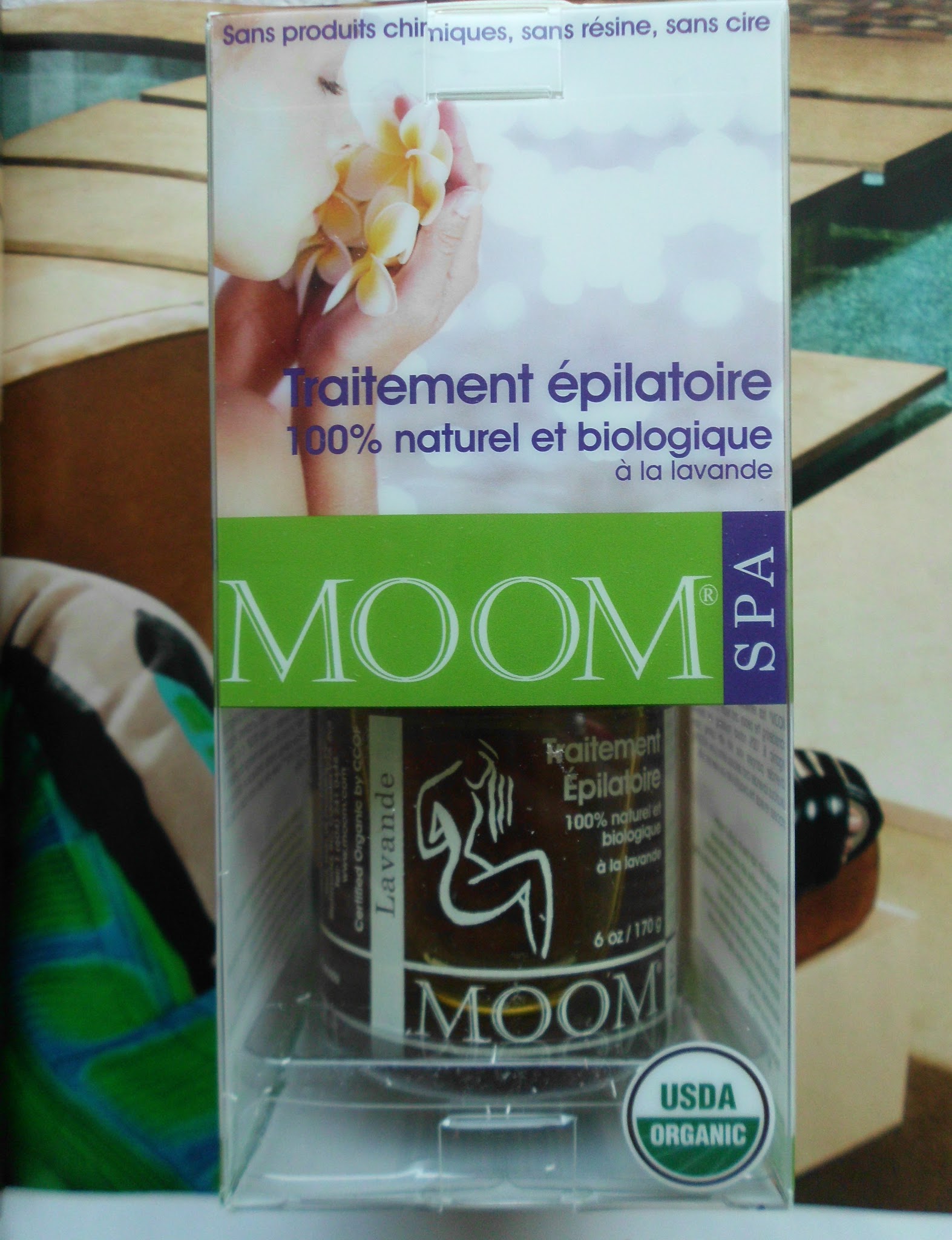 There is a learning curve to Moom but before I get to that, I think it’s important to mention my other experiences with waxing. Most importantly:

I hope that was clear. No matter how many time you do it, you are essentially your ripping hair from the roots from a very sensitive region. It will always hurt. It’s just a matter of getting used to it.

HOWEVER, Moom hurts less for me.

Hard wax is amazing. I love it– but I suck at it! I tried using hard wax myself once, and it was torture. The wax should be applied and when it hardens, you snatch it off in the opposite direction of your hair growth, which differs person to person. There really is a technique to it and I could never manage to master it. It’s relatively easy getting it on there but snatching it off is another story. If you don’t leave some “pull space” on the bottom of the wax to snatch it off (about 2 inches or so, which is actually hard to do), you have to peel it up and that is painful. If you don’t wait the appropriate amount of time to remove it, it can come off in pieces and that just doubles the pain, because you have to go back and remove it. Also, once you have waxed in a spot, you cannot go over it again. it’s damaging to your skin (I’ve done this and was red and sore).

That said, hard wax is the BEST method of hair removal. When I went to Cary at the salon, her waxes would last me an entire month. Four weeks without having to deal with hairs down there. She was also able to see the exact direction of growth, which I don’t have access to. Total bliss (It’s worth a mention that these were Brazilian waxes, which is just removal of all hair in the bikini region). Also, you are removing the hair from the roots. Other waxes like sugar wax just take the hairs off the surface for the most part. All estheticians are not made equal and if you’ve found one that you don’t mind paying monthly for, I say keep her and treasure her! They are a dime a dozen.

Sometimes you don’t know what kind of wax will be available once you get to the salon. A few times when I couldn’t get to my waxing lady, I went elsewhere and found that they were using wax with waxing strips, rather than the hard wax where you don’t need any strips. I am naturally biased towards hard wax but I think this method is efficient. I don’t prefer to use waxing strips because I just don’t think it does as good a job as hard wax, but I have no evidence to back that up. It just depends on the person removing the wax. Generally, this type of waxing doesn’t last me as long as using hard wax.

I’ve tried using hot wax and waxing strips at home by myself, but wax is just so messy! And hard to remove from surfaces and more importantly your skin. You need something like baby oil or olive oil to remove it if you mess up or are just bad at it, which I have also had to do. It’s the same with the hard wax. I’ve also tried using the paper material strips from FantaSea because it had great reviews, but that ended in disaster. The paper would rip as I was snatching off the wax. This method also removes hair from the roots if you do it right.

Nair has never agreed with me. I used it once or twice when I felt too lazy to shave, back in the day before I started waxing. It was convenient but I’ve never liked the smell of Nair. Also, my hairs would grow back just as fast as shaving, if not faster. I also noticed they grew back more coarse, especially on my legs.

I have always found these as inefficient for body waxing. They are usually connected to paper material and cold. I think wax is more effective when it’s warm. I do use these for my eyebrows, but I think I will start Mooming them soon, as it’s difficult to remove the portion of eyebrow hairs you want to with a rectangular piece of paper.

Shaving is the most popular method of hair removal for people. Once you wax, you should never put a razor to that area again! My esthetician told me that and I didn’t listen. I had an impromptu beach trip and couldn’t get out to her so I shaved. BOY DID I REGRET THAT.

The usual happened, it was uncomfortable when the hairs were growing back, I got dreadful razor bumps, and when I went back to go wax, it hurt like it was the first time. It was easy to not use razors after that. I still shave my legs and underarms, but I never use them near my bikini area anymore.

After a bad waxing experience I went on an Amazon binge and came across Moom. I was skeptical and ended up reluctantly buying it from Ulta the first time. It comes with everything you need, waxing strips, the container of Moom, and wooden spatulas. 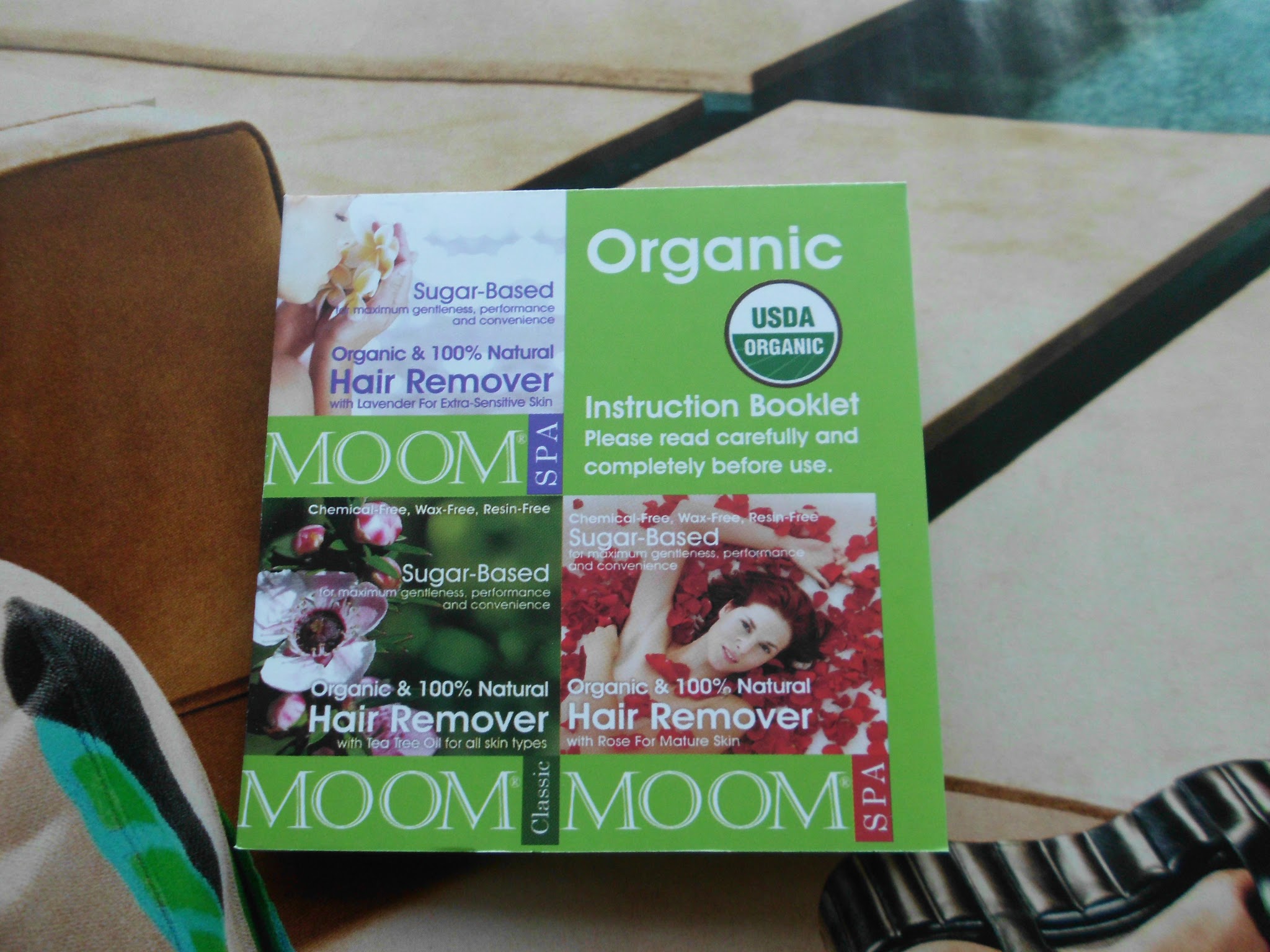 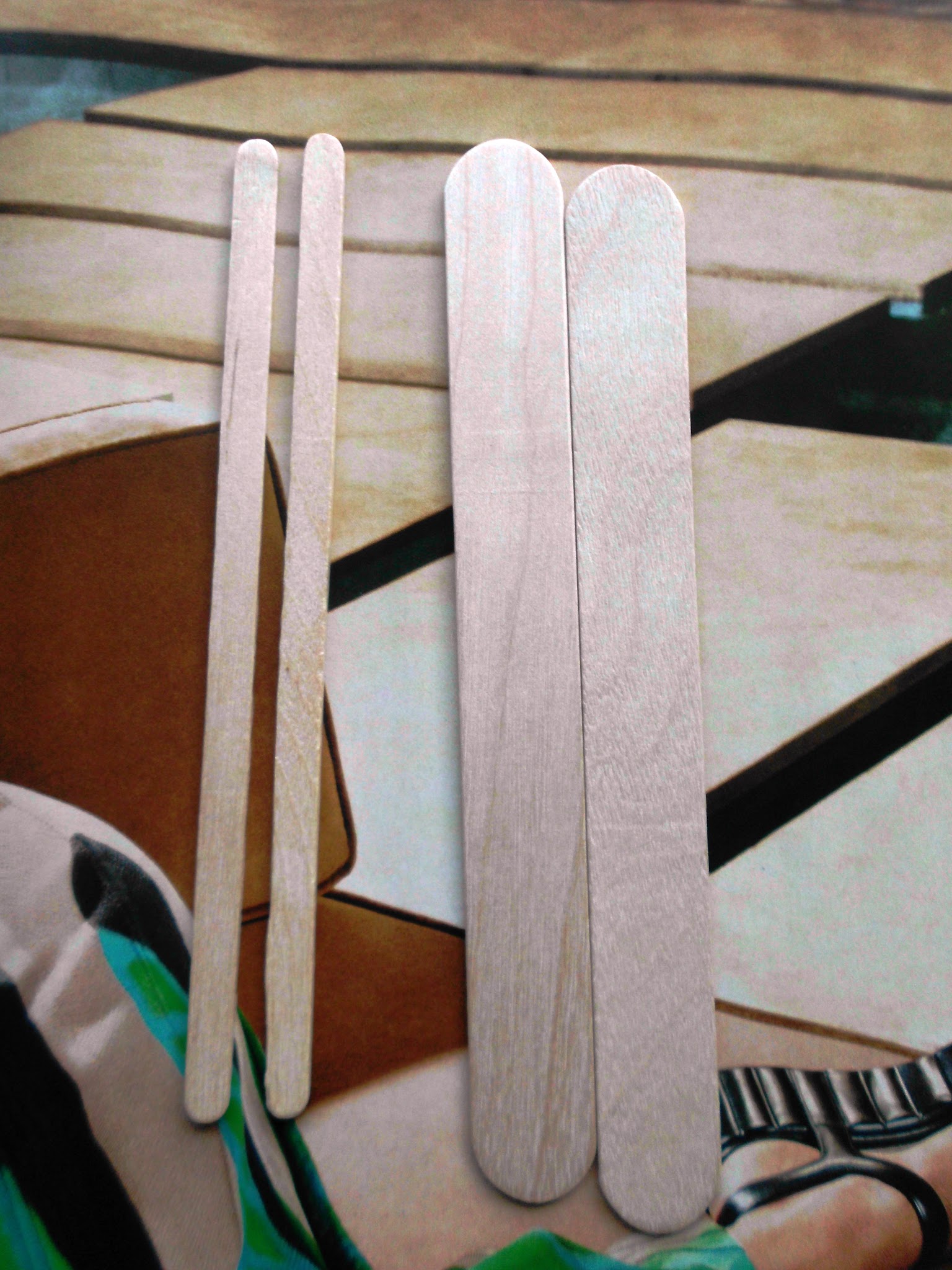 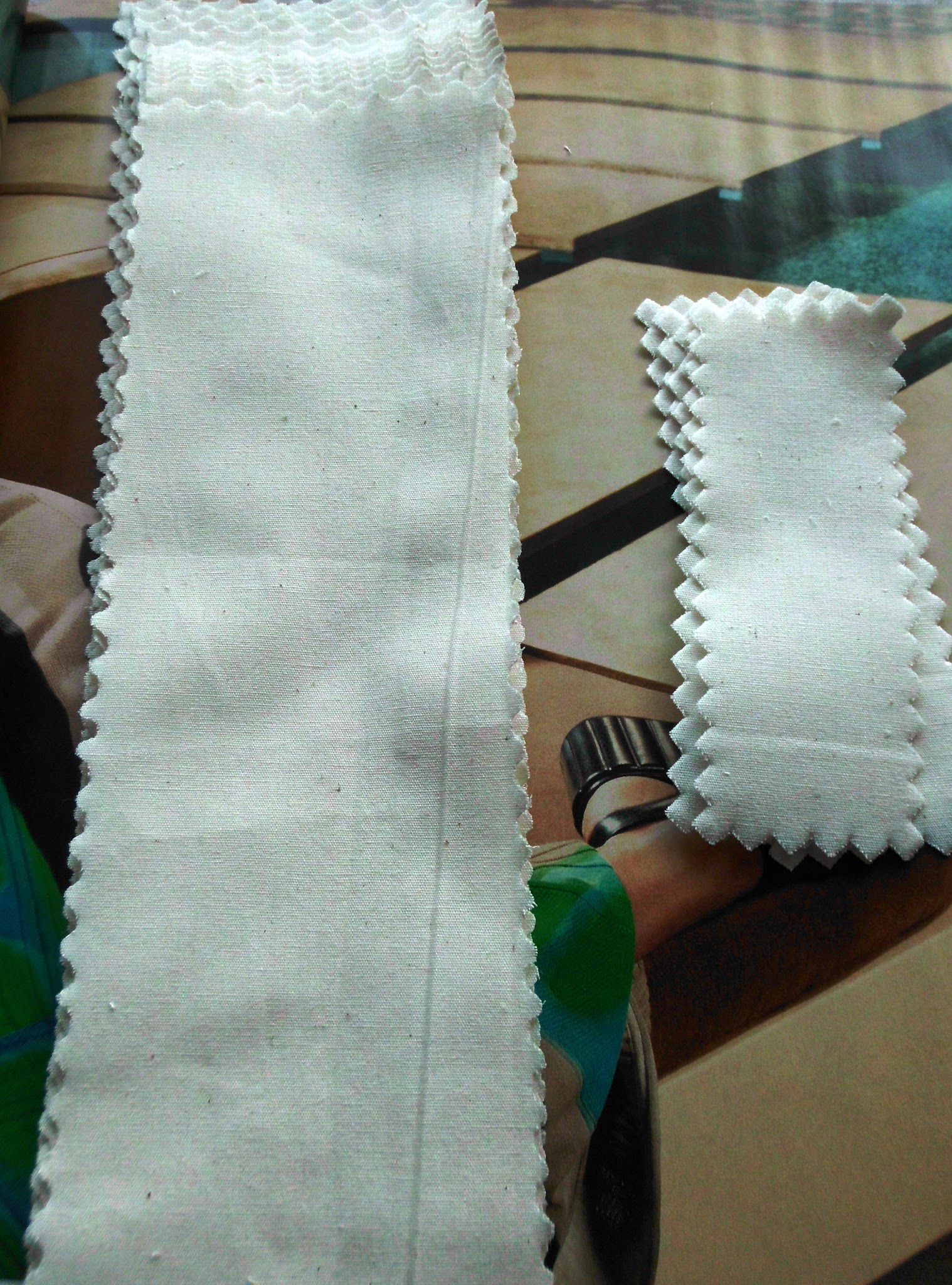 Basically, Moom is a sugar wax. They have a few versions of Moom. I usually go for the regular, but the lavender is just as good. There is a learning curve to Moom, but it’s definitely not as difficult as traditional wax or hard wax. It comes in a 6 oz. container which usually lasts me about 5 sessions. They have a refill jar (12 oz.) as well, which I usually end up buying because I started buying the big pack of waxing strips from Amazon. So a bit about Moom from the brand:

MOOM®’s focus is caring for your skin, and its secret ingredient is its love for nature and the environment.
MOOM®’s revolutionary combination of 100% Organic and food grade ingredients makes it ideal for sensitive skin and delicate areas. Its carefully balanced formula gently removes hair with its root and keeps it off for up to eight weeks.
MOOM® is  gentle enough for the most sensitive areas, yet strong enough for the most stubborn hair.

Completely Water Soluble
Rinses away with water. Easily removable from warmers, towels, sheets, fabric strips and any other surface with warm water. Especially useful when shaping the eyebrows since mistakes can be easily rinsed away and MOOM® reapplied.

Long Term Epilation
Regrowth is sparse and hair thinner with repeated use.Leaves skin hair free for up to 8 weeks.Gently removes the hair from the root.Does not break the hair at the surface.

Environmentally Friendly
USDA Certified Organic and food grade ingredients
We have made a conscious effort to be a part of the movement toward preservation of our precious environment.
There are ABSOLUTELY NO chemicals, perfumes or artificial substances in MOOM®.
USDA Certified Organic and food grade ingredients
MOOM®’s unique color is completely natural and results form the development process.
No animal testing.
No unnecessary packaging waste.
Our containers and jars are recyclable. 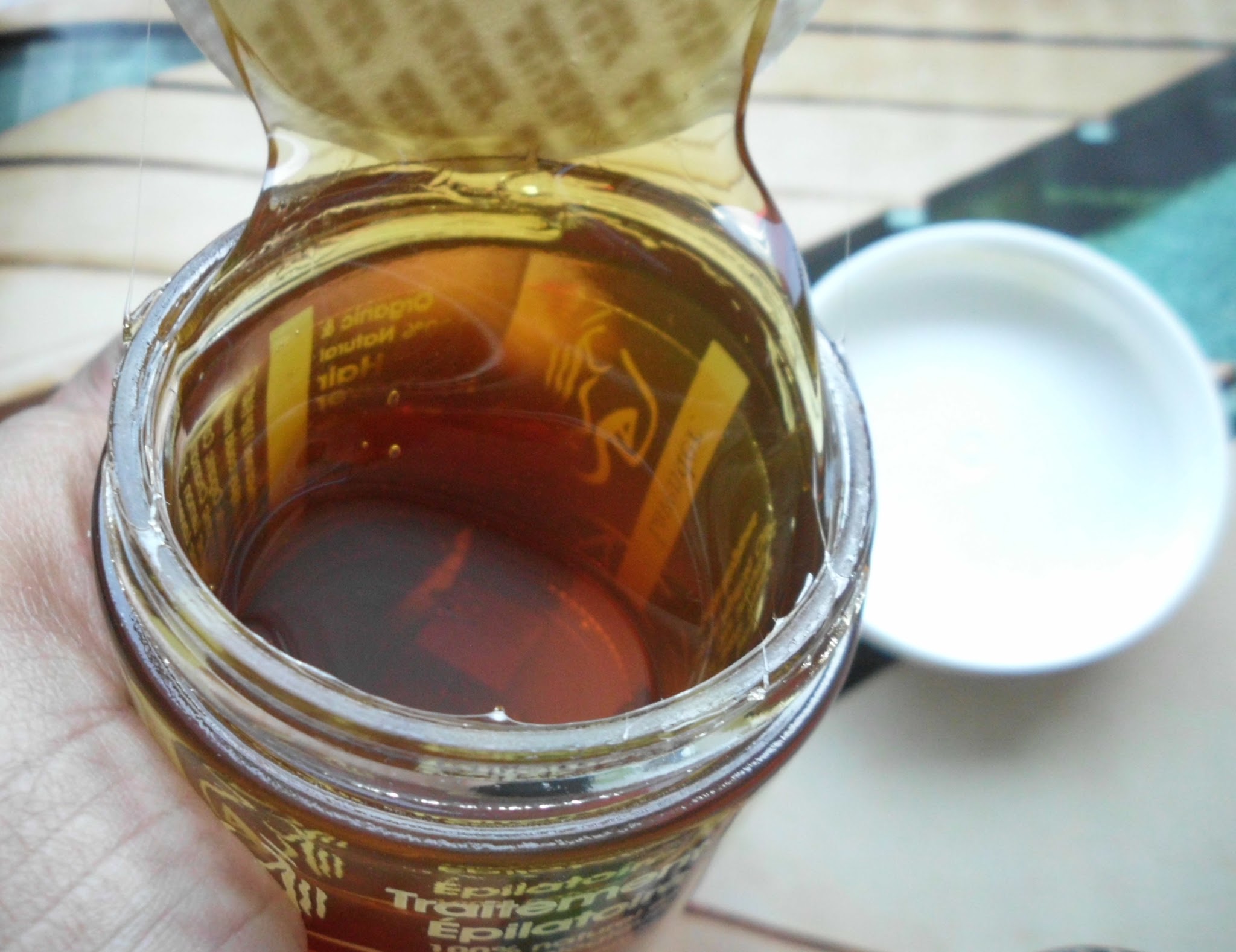 My experience with Moom has been great. Most of the things the brand claims is true. For me, a Moom wax lasts me around 2 1/2 weeks. Around the 3 week point is when I start to see regrowth. The claim about not removing hairs from the surface… I don’t know. I think my hairs grow back after 2-3 weeks because it’s removing the hair from the surface. Also, I have never had a wax that’s lasted me 8 weeks. I’ve observed Cary enough to know the general direction of my hair growth (which sometimes changes). It’s important that you remove the strip in the opposite direction of hair growth.

Some waxes won’t remove stubborn, coarse hairs; this isn’t a problem with Moom. My favorite part about Moom is that it’s water soluble. If you get wax in an unintended area, it is easily removed with water. That also makes cleanup a breeze– just get in the shower! Also, if you don’t quite get all the hairs, you can go over that spot again, which you cannot do with traditional and hard wax.

As I said before, there is a learning curve to Moom. The smaller strips that come in the kit are for smaller sections of the body, like eyebrows. I don’t use these. I use the large strip and cut it in half, vertically and horizontally. I used to just cut them vertically for one long strip, but I would be left with hairs where I snatched. So I started doing smaller sections, which is the trick to Moom. Once I started doing this, I noticed less hairs left over.

You also have to apply Moom in a thin layer. If you don’t you will pretty much just snatch off all the wax and no hair, which can be upsetting because all that pain for nothing! Speaking of pain, this hurts a lot less than traditional wax for some reason. It might go without saying, I can’t really give myself a Brazilian wax. Just too many angles I can’t get a hold of ;).

I also want to say if you’ve never waxed your bikini area before, I do not recommend you doing it yourself for the first time with any kind of wax. It took me years to work up the courage to do it myself and it wasn’t until after the pain became more of an annoyance before I did.

I highly recommend Moom and would love to hear if anyone else feels like I do!